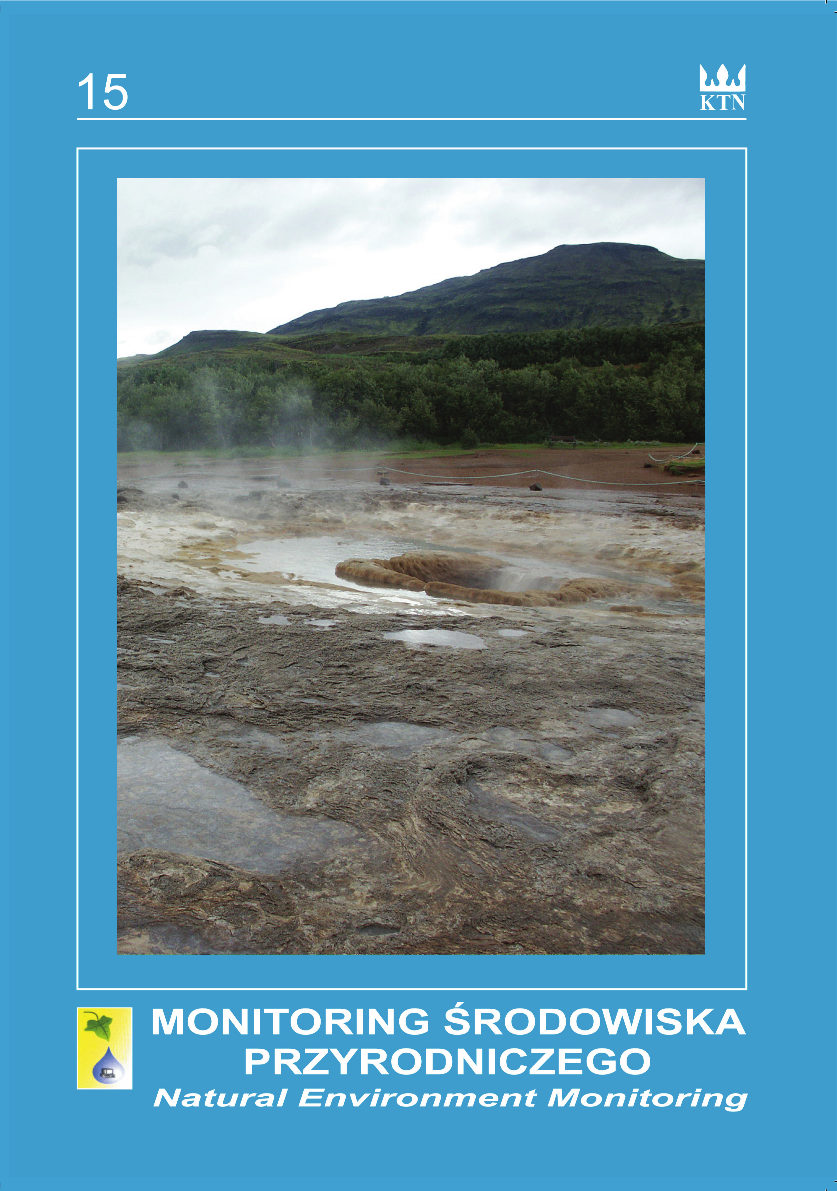 The main aim of this paper is assessment of retention possibility in slope covers on flysch foothill slope. They were taken into consideration results of investigation of particular elements of water circulation on slope: overland flow, throughflow, water stage in piezometers to depth: 20, 50, 100, 150, 200 cm. They are define relationship between a water stage and overland flow or throughflow intensity. The author also defined water stages frequency in piezometer holes, which is dependent on the granulometric composition of soil. The author carried out the field experiment, whose aim was definition of water transmission speed from top to valley bottom.

The paper presents the results of studies carried out in the Serwis range within the Świętokrzyski National Park in 1982–1983 and then repeated on the same study sites in 1994–1995. Four of the sites were set up in a typical fir stand (variant I) and another four in a strongly transformed fir stand with pine as a dominant (variant II). It was found that all parameters used to describe the communities had changed. Fewer individuals were captured compared to the first study, (the number of species captured in the “variant II” stand had also decreased). The main eudominant had also changed as A. carinatus had replaced E. secalis, which was eudominant in the first study. New dominant species also appeared and mean community biomass increased. Major changes to ecological structure included an increase in the share of large zoophages, which were assuming dominant or co– dominant positions within the communities. A zoogeographical analysis revealed decreasing shares of widely distributed species, and increasing shares of those occupying narrower geographical ranges. The time of peak activity of communities also shifted, from September in the first study to June. Environmental conditions were found to have improved by the time of the second study as was the structure of the communities under study. These observations suggest that ground beetles may function as bioindicators of the condition of the habitat where they live.

In the period comprising the years 2000–2001 an investigation was carried out into the sizes and qualities of stemflow waters. On the basis of calculations with the use of coefficient FR, higher values of this coefficient were found in the case of the largest diameter trees, both in case of deciduous and coniferous species. The recorded values of the coefficient ANCaq showed unambiguously two kinds of industrial influence on the chosen geoecosystems. The geoecosystem of Malik Hill is under the influence alkaline ambient concentration, while the geoecosystem situated in Świętokrzyski National Park is influenced by acid ambient concentration, caused, among others, by remote transportation. This is indicated by registered ANCaq values, both in direct fall and stemflow waters. On the basis of the investigation significant differences were found in the size of deciduous tree stemflow water on both investigated sides in comparison with coniferous species. In the chosen geoecosystem in Świętokrzyski National Park in the investigated period, the average beech stemflow was 22.9% of direct rainfall, whereas in the geoecosystem on Malik Hill it was only 14%. A little lower values were recorded for hornbeam – 11.2%. In the case of coniferous trees fir stemflow was on average 2.0% of direct fall, while pine stemflow was 0.5%.

THE STATE OF THE ENVIRONMENT IN THE HOLY CROSS MTS (GÓRY ŚWIĘTOKRZYSKIE) IN RESEARCH STUDIES AND EDUCATION OF THE GEOCHEMISTRY AND ENVIRONMENT DIVISION OF THE INSTITUTE OF CHEMISTRY, ŚWIĘTOKRZYSKA ACADEMY IN KIELCE

THE STATE OF THE ENVIRONMENT IN THE HOLY CROSS MTS (GÓRY ŚWIĘTOKRZYSKIE) IN RESEARCH STUDIES AND EDUCATION OF THE GEOCHEMISTRY AND ENVIRONMENT DIVISION OF THE INSTITUTE OF CHEMISTRY, ŚWIĘTOKRZYSKA ACADEMY IN KIELCE

This report presents an outline of geochemical and biogeochemical studies that have been conducted in forest ecosystems of the Holy Cross Mts in cooperation with the Polish Geological Institute since 1994. The scope of investigation has encompassed soil, rocks, plant bioindicators (lichen species Hypogymnia physodes, Scots pine, mosses), airborne dusts, and locally spring waters. These media have been analyzed for 30-50 major and trace elements, organics – polycyclic aromatic hydrocarbons, phenols, polychlorinated biphenyls, chlorinated pesticides (Central Chemical Laboratory of PGI in Warsaw), and for stable sulfur and lead isotopes (Mass Spectrometry Laboratory of Maria Curie-Skłodowska University in Lublin, U.S. Geological Survey in Denver, Colorado). The results of these studies have been presented in many Polish and foreign publications. In addition, basic determinations of surface and underground waters for pH, redox potential, conductivity, selected anions and cations have been performed by undergraduate students. The courses of study include lectures, seminars, lab and field exercises, during which different aspects and problems of environmental sciences (geochemistry, biogeochemistry, law, engineering and technology) are discussed. This curriculum is supplemented by the activity of students’ scientific society named “Calcite”, geoecological trips, and by participation in annual Science Festivals in Kielce.